Skechers, one of the world's largest brands, is extremely active in the segment of athletic, lifestyle, and performance footwear. Founded in 1992, California-based Skechers is charting a quick-paced growth course in the Chinese market. Therefore, TGW has recently been commissioned to build a highly automated logistics center for Skechers. Go-live is scheduled for April 2020.

Skechers currently relies on its network of three distribution centers to serve the Chinese market. With a planned annual growth rate of 20 percent and due to changing market conditions, Skechers is now aligning and streamlining its logistics processes in order to meet future market demands. Currently, a new distribution center is being built in Taicang, Jiangsu province, which will cover both the B2B and B2C channels. This will allow for a reduction in logistics as well as process costs. 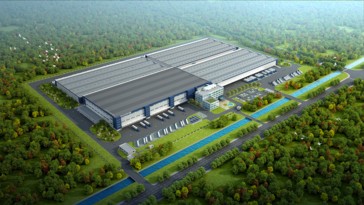 The shuttle warehouse will be used as a goods-out buffer for dispatch and contains 144 fully automated Stingray shuttles. Intelligent energy management will ensure that braking energy is recovered and fed back into the system. Additionally, TGW also provide monitoring and a warehouse control system (WCS) for the shuttle system with an interface to the TGW conveyor system consisting of twelve kilometers of energy-efficient KingDrive® technology as well as four high-performance Natrix sorters. The TGW conveyor system connects the individual areas, starting in the reserve storage area, going through the sorting and picking area and finally ending in the shipping zone.

For TGW China, the Skechers project is one of the largest orders in the company's short history and another milestone in the economic development of this TGW unit. A sizable portion of the total value added chain will be covered by TGW, from locally manufactured mechatronic components including roller conveyors, to software and shuttles.